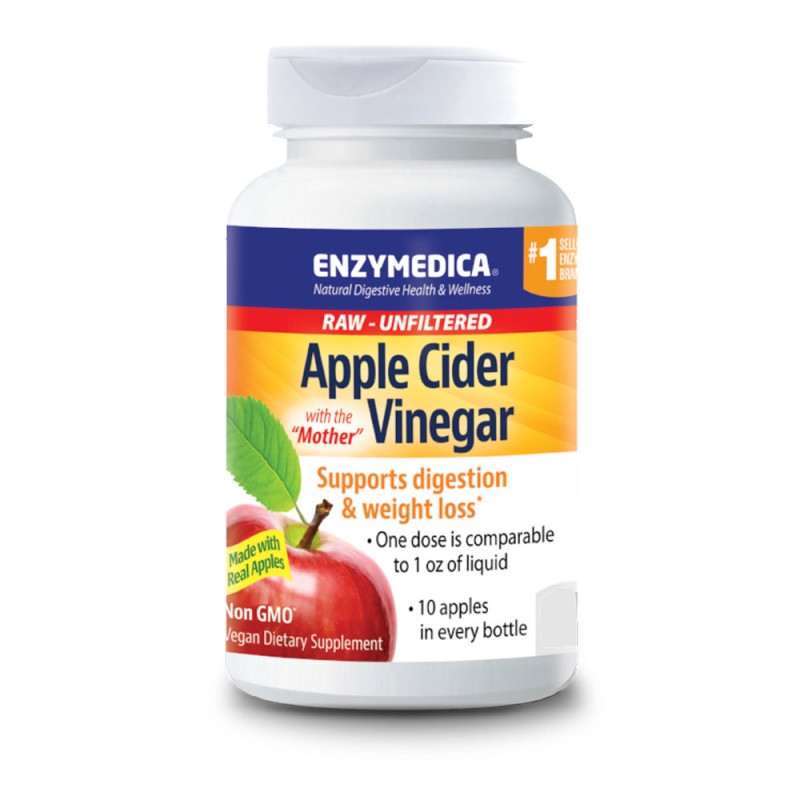 The Power of Nature

Apple Cider Vinegar (ACV) is a traditional folk remedy that has been shown to support digestion and weightloss.*

Many of the benefits of ACV have more to do with the fermented brown sediment known as the "Mother" than the acetic acid, especially as it relates to the effects in supporting digestion and weightloss.*

A single bottle of Enzymedica's ACV capsules is produced from 10 real, wild picked apples that are pressed and fermented. We strive to provide the greatest benefits intended by nature.

Liquid ACV has been shown to cause damage to tooth enamel. Capsules eliminate that challenge by bypassing your teeth and delivering the ingredients exactly where they need to go.

Vinegar isn't always tasty. Apple Cider Vinegar is known for its strong and unpleasant flavor. Enzymedica ACV capsules don't have a bad taste, and are small and simple to swallow.

Take 2 capsules with each meal. Each serving is equivalent to 1oz of liquid Apple Cider Vinegar.